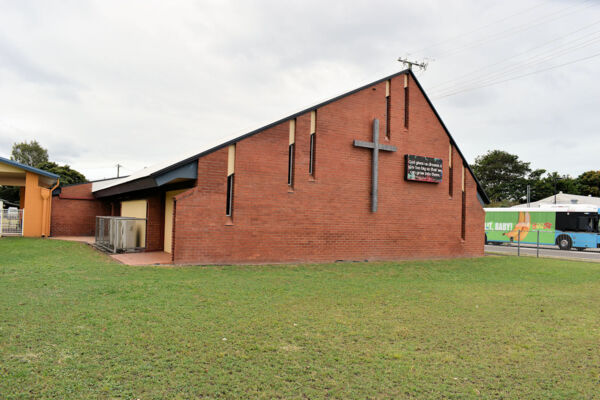 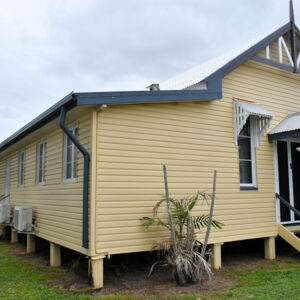 In April 1877, the congregation opened a small wood church, 20 by 30 feet, at the corner of Stokes and Wills Streets in the downtown area, the site of today’s Central Uniting Church.  As church membership grew, many people had to travel miles to get to church, so the congregation decided to expand into the suburbs.  Churches opened in South Townsville in 1884, Aitkenvale in 1885 and West End in 1886.

The first building of the Aitkenvale Methodist Church was erected in 1885 at its current site.

The current Aitkenvale property consists of four allotments. This land was owned by Thomas Aitken from 1876 and changed hands a few times, before being purchased in 1892 from Mr. A. J. Turner for the Methodist Church.

The first building was erected in 1885, being only a small hall but sufficient to serve the small congregation in an area which was then "the bush" rather than a part of Townsville. This building was lifted from its blocks by a severe storm in 1890.

Rebuilding of the Church occurred begun in 1914 by Mr. Chapman and the new hall opened on 21st October by Mr. Crowther, Chairman of Thuringowa Shire Council. Of the total cost of $200.00, a debt of only $60.00 remained before opening. In 1923 the hall was extended by an addition at the back and in 1933 verandah was added to each side.