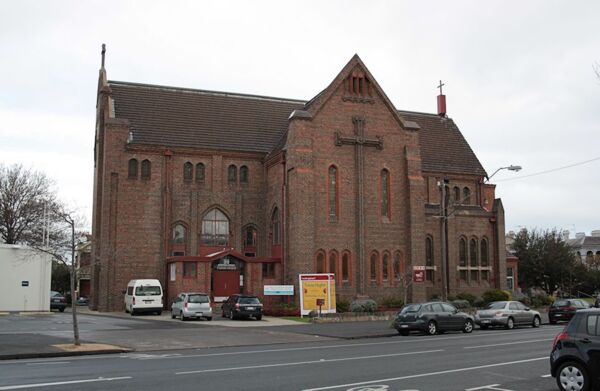 First services were held in the Albert Hall, Bevan Street, then for 50 years in a wooden building on the site of the present service station. It was enlarged in stages. The present building was constructed by Melbourne church architect Louis Williams in 1925. In 1969 the Hall was incorporated into the lower part of the Church building.

St Anselm's Church began in with a wooden building on the corner of Langridge Street and Park Road Middle Park. In 1891, the Parish was formed by cutting the area from Harold Street to Fraser Street Middle Park from St Silas' parish. A brick church in Gothic style on the site was completed in 1919 by the building firm of McBain Brothers . The Foundation stone was laid on 5 December 1925 by his Excellency Lord Stonehaven Governor General.

In 2001 the Diocese decided to close St Anselm's Church and amalgamate the two Parishes. Many fine artefacts from St Anselm's including stained glass windows were incorporated into St Silas' Church, and the Parish became known as the Anglican Parish of St Silas And St Anselm.