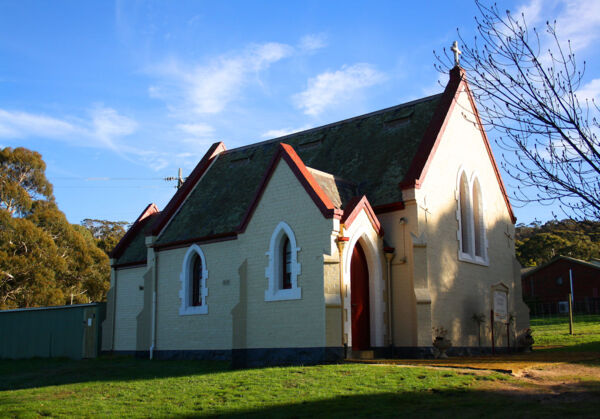 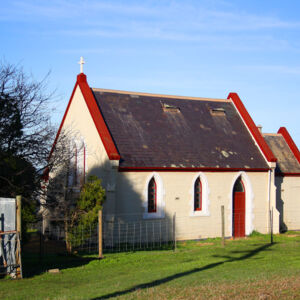 In 1857 the parish was formed under the care of Father Ronald Rankin. He purchased a site and in September of the same year a tender was let for the construction of a 25ft by 12ft wooden building at a cost of 210 pounds. From 1858 the building was used as a church under the patronage of St James on Sundays and from the 1st of September 1859 as a school during the week.

Early in 1871 J.L. Shaw architect called tenders for the construction of a new brick church and school building. A 34ft by 18ft brick building, with porch, was constnicted and the first mass conducted by Father O'Callaghan, was held on the 30th July 1871, With the construction of St Brigid's. the old St James building was moved alongside the new church. Here it remained until 1880, when it was sold and moved to Staunton Vale.

The first church was a wooden structure. Extensive renovations were carried out in 1914 that included a sanctuary.