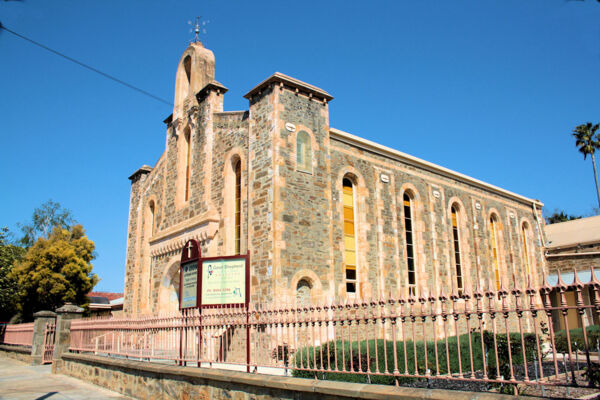 The Church was originally built for joint use however by 1861 there was a divide and only the Baptists kept using it until 1929. For the next 12 years it was used by building contractor G.N. Dallwitz. A Lutheran Church had been built in Hill street but when that was destroyed by fire in 1941 Dallwitz offered this building to the Lutherans.

The foundation stone of this church was laid on 3 November 1854 by George Fife Angus and the dedication service was held on 22 October 1855. The Architect was Cocking and Aggett. Built on Romanesque style and built of soapstone the church the carving over the main entrance was by Thomas Osborne.

The dedication service as the Zion Lutheran Church was held on 28 September 1941.