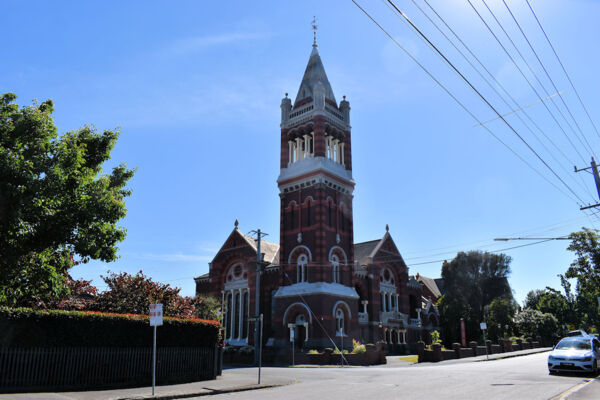 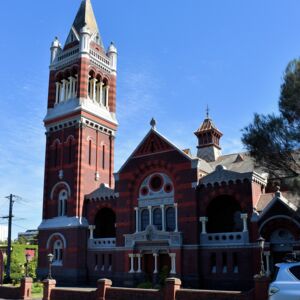 Between the 1840s and 1880's the Hawthorn Circuit occupied and subsequently outgrew a number of buildings until in 1886 a new larger, site was selected on the corner of Oxley Road and Hepburn Street. Originally a Wesleyan church the building was constructed in the Lombardic Romanesque style. The architect was Alfred Dunn and the foundation stone was laid in July 1888.

The predominant theme is the use of banded, dichromatic brickwork of Hawthorn browns contrasted with deep reds. The dominant element of the church is its multi-levelled tower. The tower rises in five main stages from a stone plinth. The church is two storeys high with prominent gables facing each of the main street elevations with balconies denoting the first floor. The main entry is a central colonnaded entryway supporting a decorated stucco pediment below the main gabled facade. Above the pediment is a decorative archway, featuring an arcade on the lower level and three circular recesses on the upper, above which the arch is accented by typical red and brown brickwork.

The Memorial Windows in the east wall were unveiled in 1937 in memory of the philanthropist Frederick John Cato, a leading layman at Auburn for many years.The Centenary Windows in the west wall were the gift of Mr W E Whitehead to celebrate the centenary of Methodism in 1935 and to commemorate the work of the Victoria Home Missions and the Methodist Inland Mission. Both windows are the work of William Wheildon who carried out many ecclesiastical commissions for the Melbourne branch of Brooks Robinson & Co.

The organ was built and installed in the church for its opening in 1889 by the Melbourne firm of Fincham and Hobday. It is one of the larger Fincham organs of the late 19th century still in its original location in Melbourne. The case was designed by the church's architect rather than the organ builder.