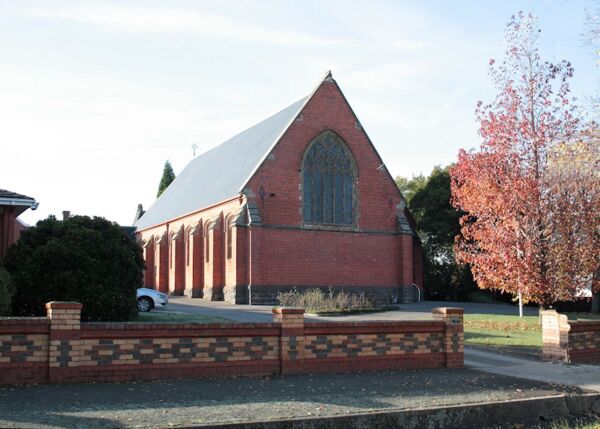 A meeting of interested persons was held at the Olive Branch Hotel 6 December 1861 to discuss the formation of a church. A further meeting was held at the North Star Hotel on 24 September 1862 to canvas more funds. During this time services were held in a tent on the Lydiard Street site.*

The foundation stone was laid on 15 March 1864 by the very Reverend Dean Macartney Vicar General of Melbourne. The church was opened on 19 February 1865.*

A Chancery and Sanctuary were later added to the design of Leonard Terry at a cost of 1,300.*