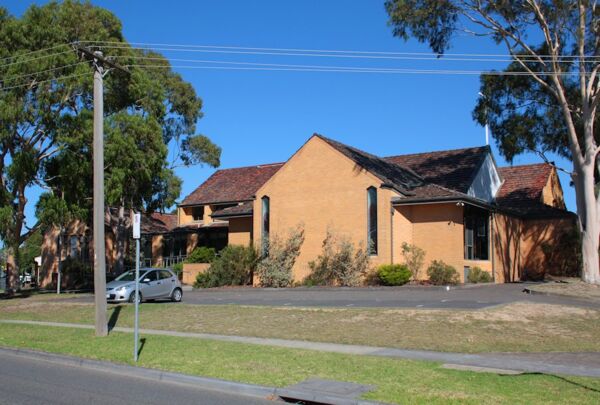 The vision for a church occurred in 1950 with the land being purchased on 27 July 1951. A portable building was erected on the site on 17 February 1952. The Foundation stone was laid by Reverend H. Slarnette President of the Conference 12 July 1953. The three bay church hall was opened in 1954.

An Organ from the Mt Erica Methodist church was installed in 1976. It was built by Wm Anderson of Melbourne and served the Mt Erica church form 1904 to 1964.