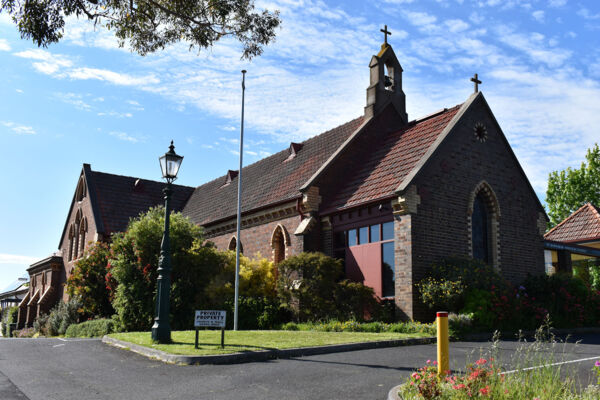 In 1870 Balwyn came under the care of St John's Mr Herbert E. Taylor who was preparing for Holy Orders became Lay Reader in the district and took services for two years.

During his time as Lay Reader, Mr. Taylor collected £200 for the erection of a church. On December 22, 1872, the church, with its shingled roof and seating for about 80 people, was opened. Mr. Charles Barnett was the honorary architect, and the final cost was £350. The Rev. Dr. J.E. Bromley the first head-master of Melbourne Grammar School, preached the sermon and dedicated the building and officially gave the church the name St Barnabas.

Soon after the building of the church, the porch and belfry was been added, and a pipe organ installed. In 1884 the church was enlarged to cope with the increased attendance. The nave was extended and a wooden chancel added to the building, increasing the seating capacity to 140 people. A special service was held during the year to lay the foundation stone. It was inscribed as follows:— A.D.G. THIS STONE WAS LAID BY MARIA VICTORIA SNOWDEN MAY 15TH, 1884.