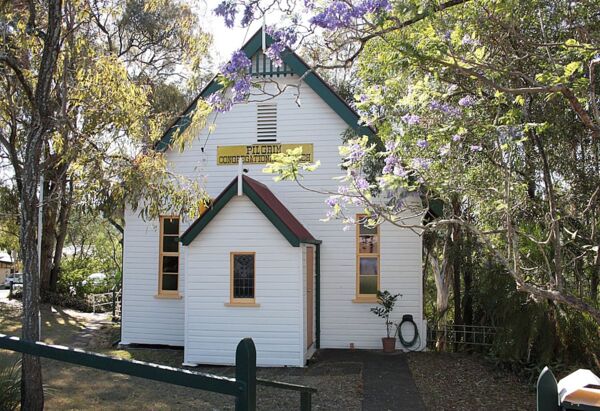 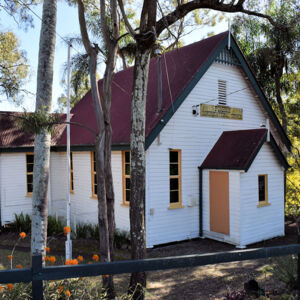 The land on which this church stands is part of a 38 acre block originally purchased from the Crown in 1862 by Francis Lyon. A year later the whole parcel of land was transferred to Joshua Jeays. Jeays was a notable colonial architect, Brisbane councillor, and eventually, Mayor of Brisbane..

Believed to have been originally constructed in the early 1900s, this Federation Carpenter Gothic church was moved to this site and reopened as the Bardon Pilgrim Congregational Church in 1927.

On Saturday 1 October 1927, a stump capping ceremony was held at the Bardon site at which the Deputy Mayor of Brisbane, Alderman A. A. Matson made a speech and capped the first stump with a £5 note.

To commemorate the Centenary of the building, Councillor Peter Matic unveiled a plaque on 19 October 2014.