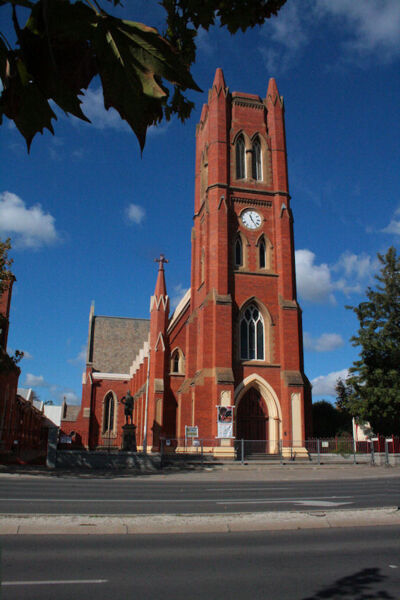 The cathedral was designed by the architect Robert A. Love. The nave was dedicated in November 1868, the bell tower in 1873 and the chancel and transepts in 1927. Originally a parish church, St Paul's became the diocese's cathedral in 1981.

The building is constructed of red brick with stone dressings in an early Gothic style and is laid out in a simple cruciform plan comprising a six bay nave, transepts and sanctuary. Internally the cathedral is decorated with stained glass windows, several wooden sculptures and an opus sectile reflecting a high church tradition.

The cathedral is a significant example of the Early English Gothic style.

St Paul's peal of eight bells was cast by Mears & Stainbank of London which arrived on the Cutty Sark. They were first rung on Good Friday, 10 April 1873.

The Cathedral was closed in 2009 due to structural issues. A fund is currently running to raise funds for restoration works.