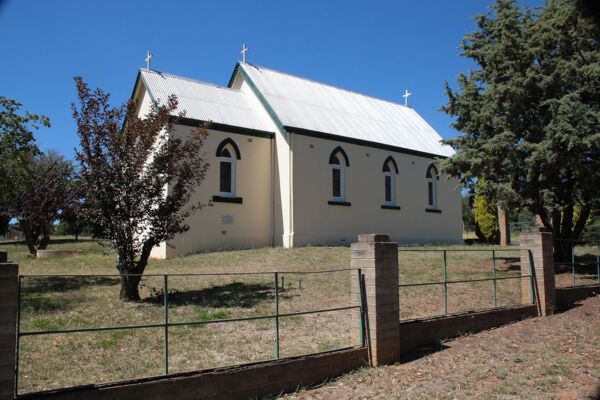 One of the earliest references to the Binalong District as part of the parish of Yass is in the report of the Yass Auxiliary of the Church Society for 1869 when Archdeacon Lillingston is reported to have said, that Yass people were too apt to consider that the world lay between Bowning and the Gap. In the 1871 census Binalong is shown as having a population of 189 of whom 36 belonged to the Church of England.

The first service at Binalong was recorded there on 1 April 1883.

In 1886 a grant of 30 was promised by the diocese towards the building of the church at Binalong and in 1887 the Bishop reported that the debt to the Binalong building committee had been paid. A brick church built on a stone foundation. The bricks were obtained from Gunning and the bricklayer was Mr Bundock of Boorowa. The church was finished in May 1886.

A foundation stone was laid on 22 June 1927 by the Right Reverend Dr Radford.