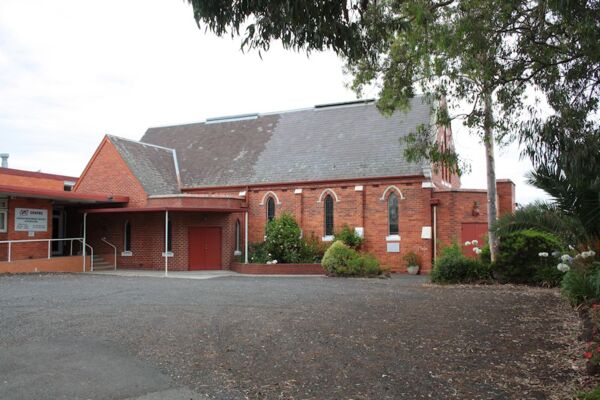 The Government granted land in 1861 to the Church of England in Bedford Street - an area which stretched From the present Bedford Street, Box Hill to Canterbury Road, then called Delaney's Road. Charles Bedford was Secretary to the Vestry of the local Church of England for many years. The Bedford Road Church was a brick building also used as a school by the Education Department who would not buy it thereby denying local churchmen the money with which to build a proper church.

The Bedford Road church and school was closed in 1894, four years after the laying of the foundation stone of the new St. John's.

The initial meeting to form the church was held in Mr Morton's home in Gordon Crescent on 3 May 1889. The first Service was held on 12 May 1889 but no Minister arrived so Mr Morton J.P. read the service. The decision to call the Church St John's was made by the Guardians at their meeting on 18th July 1890.

A tender by the Garrett Brothers of Box for £384 was accepted subject to alteration of curtains for walls.

Between 1903 and 1905 more land was purchased on the north side of the existing church.