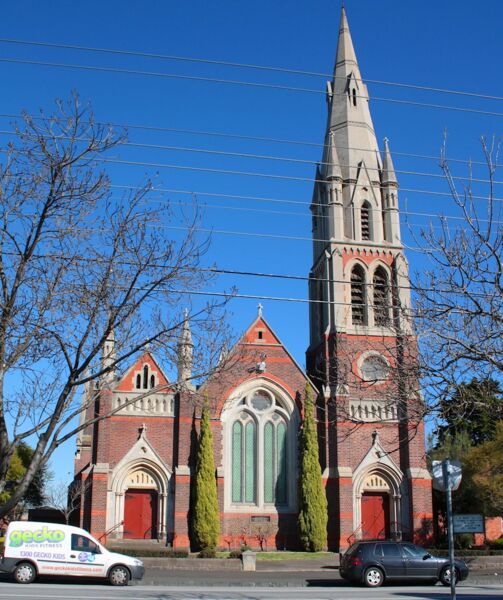 The earliest recorded Anglican service to be held in Brighton, formerly known as `Waterville' was held in 1842 in a simple slab and shingle home, owned by Henry Dendy, near the corner of New and Well Streets. The Reverend Adam Compton Thompson, the only clergyman in the colony at the time was the first to offer ministry in Brighton. He regularly travelled the hour journey from his church in Melbourne (St James Old Cathedral) to Brighton.

Gothic architecture was chosen for both the 1857 church and 1886 additions to Andrew's. In many ways this choice can be dismissed as simply being the expected norm when it came to church design, such was the influence of Pugin, Scott and the various societies that promoted Gothic style.

The Church was established as part of the Free Presbyterian Church in Victoria during the 1850’s. The Foundation stone was laid on 26 October 1889 by the Honourable Sir James McBain MLC.