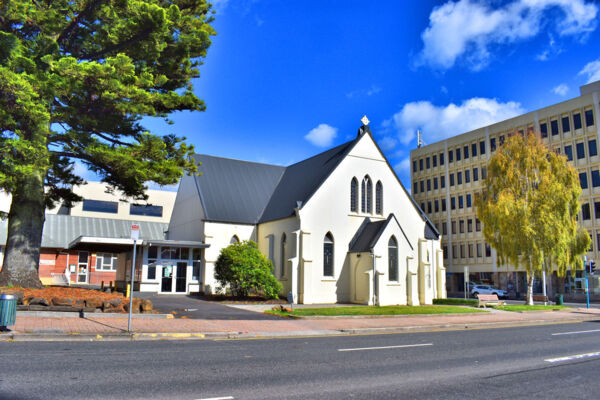 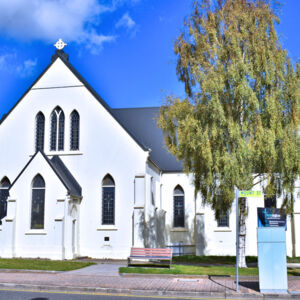 The first moves for the provision of an Anglican church at Burnie began in the mid-1840s after the visits of the Rev. Grigg from Circular Head and the Rev. Waterfield from the settlement at the Forth River. The Launceston Advertiser of 9 November 1844 under the heading Churches of the Interior reported: At the new but populous settlement of Emu Bay, a liberal subscription is also set on foot and promoted by the zeal and example of the Rev. Grigg, chaplain of Circular Head, in whose district Emu Bay is locally denominated, though at a distance of nearly fifty miles, and scarcely accessible from his residence except by sea.

The precise date of construction and opening of Burnie's first Anglican Church, a small paling and shingle building on a hill overlooking Emu Bay on land donated by the VDL Co. is not known, but it was probably between 1850 and 1851. Built by Thomas Wiseman, an early Burnie carpenter, shipbuilder and hotelier on a block on the northern side of Wilmot St and fronting onto Marine Terrace, was apparently in use by late 1850.

The foundation stone of the current church was laid on 1st February 1884 and the total cost was £1,000 of which £700 had been raised at the time of the opening. The nave of the church was opened for Divine Service by the Bishop of Tasmania, the Rt Rev. Daniel Fox Sandford, on Friday, 4 December 1885, nearly two years after the laying of the foundation stone.

There are two stones laid, one reads, " The Original Foundation stone of this Church was laid by W.M. Moore M.L.C. 1st February 1884". The second stone reads, "To the glory of God this stone was laid by the Rev G.F. Cranswick B.A. TH D Bishop of Tasmania 28th November 1959".

The current Organ was built in 1960 by Davis & Laurie and incorporated pipework from first organ. For a full description click here.