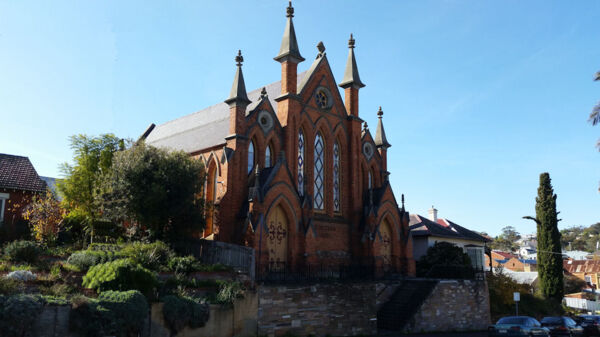 The earliest building was constructed in 1855 as a temporary church, Sunday and day school. Designed by architect and surveyor, Clement Wilks, the foundation stone was laid on 7th March 1855.

The first church building is constructed of unadorned brick and designed in a simple Georgian style. Step buttresses divide the nave into bays, each containing a round- headed paned window. A simple porch, forming the main entrance, is also flanked by stepped buttresses. A timber belfry was originally placed at the apex of the roof.

The Church was opened on 21 November 1858 by Rev Dr Cairns. The church was constructed in the Continential Gothic style consisting of a central naive and two side asiles.