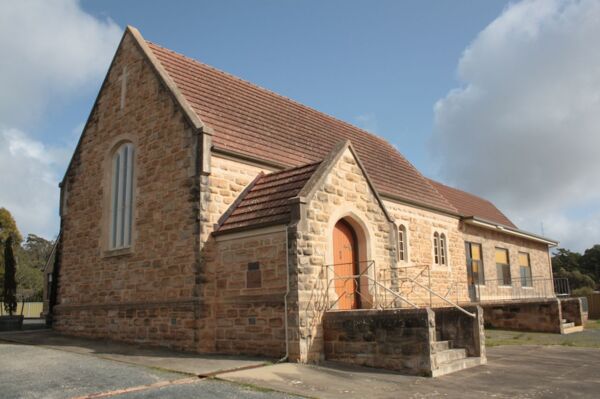 On January 1, 1947 members of the UECLA living in the Clare district met in the home of Mr W.B. Wundke to discuss the formation of a Lutheran Church in Clare A building committee was formed in 1948 and plans for the church were already prepared by August of that year. The first sod was turned on 31 May 1951 with the Foundation stone being laid on 25 November 1951 by Pastor H Stiller. However it was another two years before the church was completed and dedicated. This was in part due to shortages of labour and materials after the Second World War.

The Architect was Mr Dean Berry and the cost of the church was recorded as around 6,000 although some materials were used from the Hoyleton Church.

The ELCA Congregation worshiped in a building in Burton Street which is now a church hall, until the union of the UELCA and ELSV.