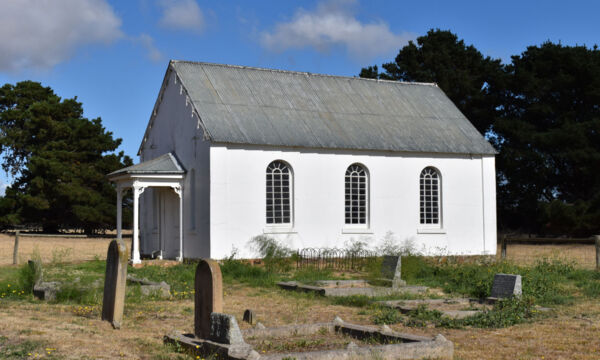 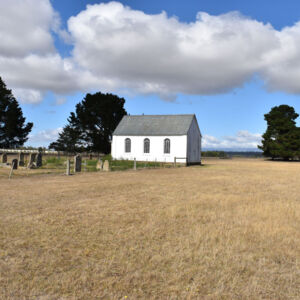 Built in 1855 by James and David Gibson the neat very little brick church originally only measured 22 feet by 6 inches but was extended to 33 feet later.

Known as Cleveland Union Chapel, the Church only has windows down one side of the building and was originally used by the Presbyterian faith as their centre of worship but later used by the Anglican's.

A full description can be seen here.

1. Plaque on the church grounds.