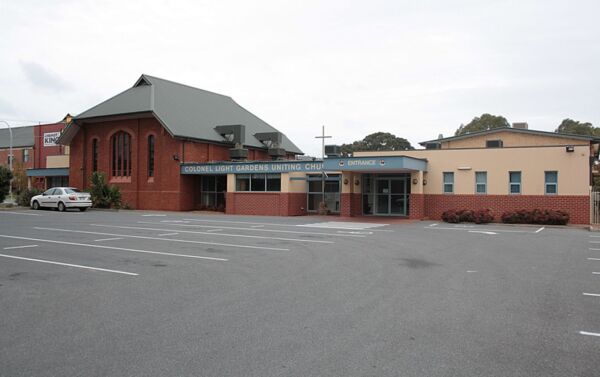 The old Church was built in 1854, and is one of the oldest suburban Churches in the State. When the section of ground opposite was purchased by the Government and sub divided into residential blocks and built upon, the Trustees deemed it advisable to take steps to erect a new Church. The new Church was erected in 1928.

The original church remained as part of the complex until 1958 when it was demolished and the present complex of hall, kitchen and meeting rooms was established.

The new church facing Goodwood Road was completed between 1927 and 1928.