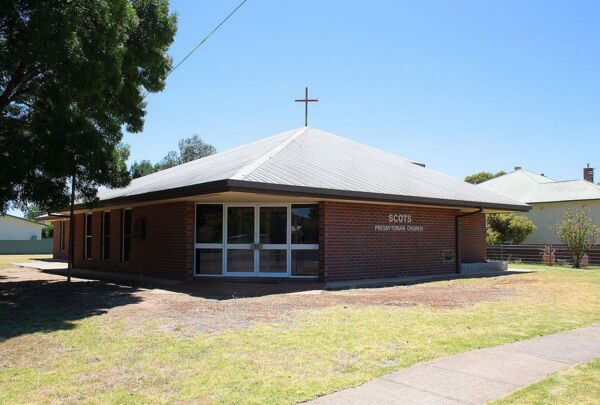 The Presbyterians in Cootamundra needed a minister, and the first settled minister to be appointed was a Scotsman, the Rev. J. Dykes Paterson, a minister of the Established Church of Scotland. He was inducted to the charge of Temora-Cootamundra in July 1882. A newspaper report of the day when describing Rev. J. Dykes-Paterson's induction to the Temora-Cootamundra charge says. - "As to the Rev. Mr. Paterson ... we may say he is a'Downhlll Prizeman' of the Glasgow University. He held two important charges before coming to this colony three months ago, and we have heard that both prospered greatly under his ministry.*

The first church foundation stone was laid on 6 March 1884 by Mr John McClintock.*

The latest Church is built of brick the Foundation stone was laid on 26 March 1983 by the Most Reverend Gordon George B.A.

100 Years Foward in Faith. The First 100 years of Presbyterianism in the Cootamundra District.