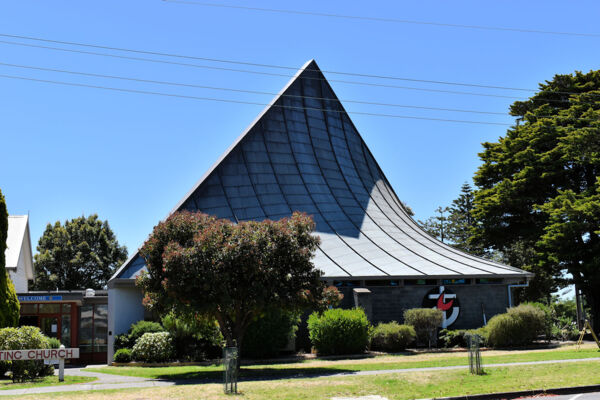 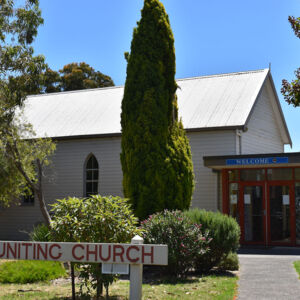 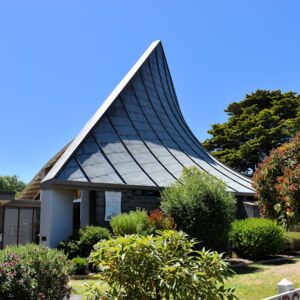 In 1869, soon after the town was surveyed, this section of land was granted to the Presbyterian Church. Church Services began before Christmas 1889. These services were held in the open air, according to Mr. Robb, under a gum tree, though some years later an elderly member of the church and of its Board of Management reported that she could remember early services being conducted under a pine tree.

The original wooden church, now the hall, was built in 1895. The annexe, separated from the main hall by timber folding doors, was added in 1929. The modern church was completed in 1975.

A sum of $25,000 was assigned to an estimated cost. Mr. Archibald had recently returned from Expo in Japan where he had been able to observe and study modern architecture. The plans for the roof of St. John's known as Hyperbolic Parabola, were evolved from those studies. This magnificent roof structure is not only the focal point of St. John's, but also an outstanding landmark in the township of Cowes.

The organ, a Conn Martinique, was purchased in 2008 from the Warragul Theatre Organ Society.