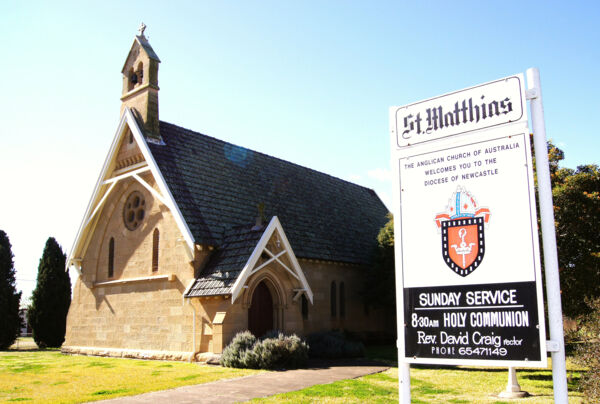 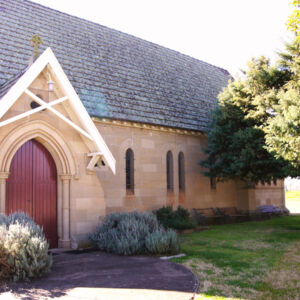 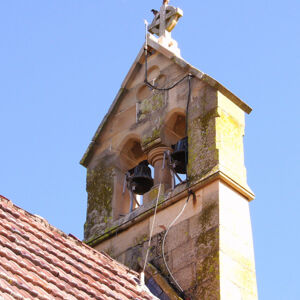 The name Denman was gazetted in 1855, named after Lord Denman, who was later to become the 5th Governor General of Australia in 1911-1914. Lieutenant William Ogilvie was the first European settler in 1825. The first settlement was known as Merton which was located on the opposite side of the Hunter River to the present-day Denman and was gazetted in 1853 and was named after Lord Denman, who later became Governor General of Australia.

The Centenary stone was blessed on 2 November 1975 by Ian Ninth Bishop of Newscastle to commemorate the consecretion of the church on 4 November 1875 and the formation of the Parish of Denman on 1 January 1876. Rector at the time was J.H. West Th. L.