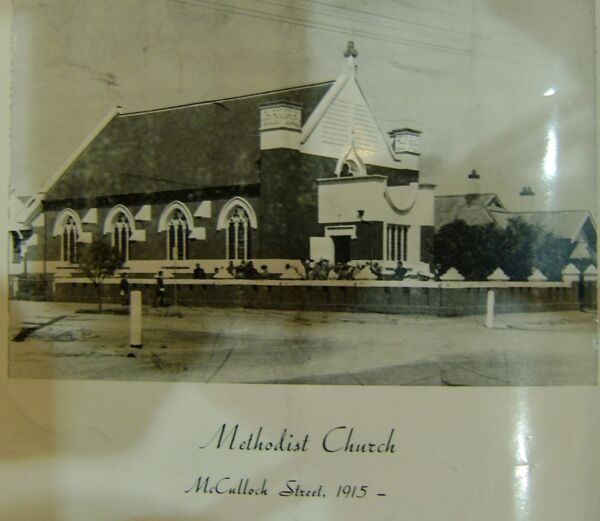 The first services were held in the home of Mr Thomas Bath at Swanwater West prior to 1873 and were services conducted by Ministers from St Arnaud. There were local Methodist churches in Swanwater, Jeffcott and Avon.

A Church for Donald was also under consideration but an effort to raise subscriptions in November 1876 was not sucessful. However on August 11 1878 the first Wesleyan Methodist church was opened.

This Church of locally made bricks, and seating 120 persons was opened on Sunday 11th August, 1878 - the occasion being marked by three services conducted at 11am by Reverend D.A. Gilsenan and at 3pm and 6.30pm by Rev. R.O. Cook, Superintendent of the St.Arnaud Circuit.

The current church was built in 1914 with the final stage completed in 1965.