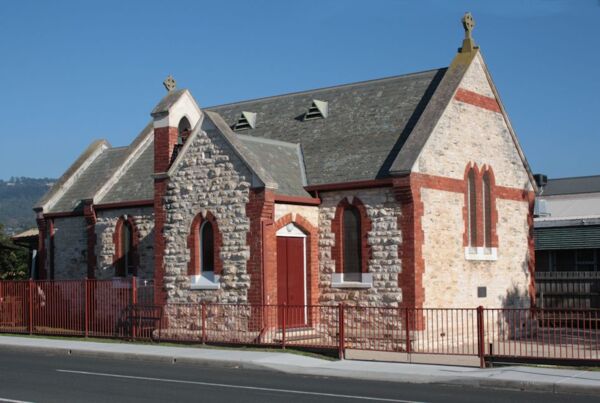 Construction of St Mark's of Dromana was commenced in 1892. Prior to this, regular services had been held in private homes. Between 1885 and 1892, the Union church on the corner of Heales Street and Point Nepean Road was used by the Anglican congregation. In August 1892 George Morce won the tender for the building of the new church to the design of Hyndman and Bates, architects.

The Foundation stone was laid on 7 November 1892 by the Bishop of Melbourne.

George Morce and his brother Tom originally came from Cardiff in Wales. George arrived in Queensland in 1862 and later moved to Williamstown before moving to Sorrento in 1873 to work on St John's Anglican Church. Other buildings completed by Morce, include the Mornington Hotel and the Sorrento Police Station.

The Anglican congregation celebrated their first service in St Mark's in April 1893. From this date until 1960 St Mark's was included in the parish of Mornington and Sorrento. The parish hall was added in 1958 and in 1989 the parish office and opportunity shop were added.

St Mark's Church is a simple Neo-gothic design constructed in rusticated limestone with red brick quoins. It consists of a nave with a smaller chancel section and a single porch entrance wing to one side including a bell tower. The windows are stained leadlight with the exception of the two front side windows. The gable end has rendered parapets. A new extension to the rear of the church is constructed of concrete and red brick in an attempt at harmony.