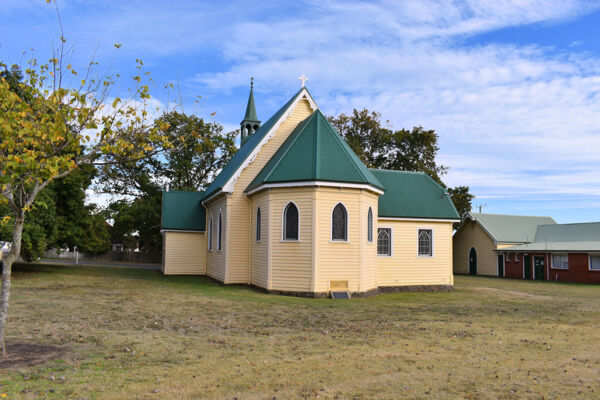 An arson attack occurred in 2001 and after suffering another in 2019 the task of repairing St Paul's Anglican Church commenced. It was estimated to cost over $200,000 according to the Vicar Father Tongue.

A private Organ was installed n 1890. For a full history click here.