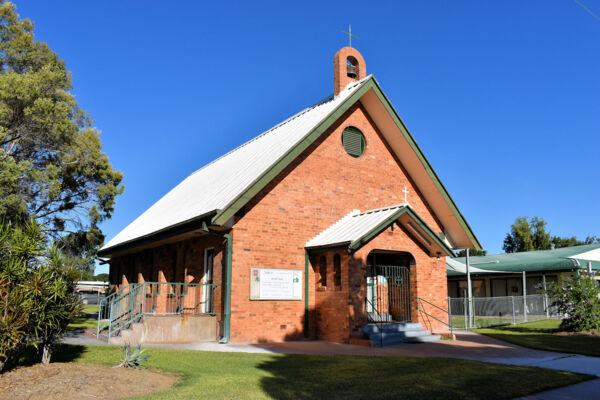 In 1894 a special meeting of Anglican parishioners was called at 8pm at Presbyterian Church. A building committee was formed for raising money and building an English Church in Emerald. Only one year later the Bishop of Rockhampton, Nathanial Dawes. D.D. travelled to Emerald on 11th Aug 1895 for the dedication of Saint Luke's Church, a typical wooden bush Gothic Church.

The original Church had most of its furnishings destroyed by fire on 16th October 1907but was itself relatively undamaged.

It was decided to build a new church of brick in an effort to "forestall fire and tooth". A group of people which included R. Donaldson, Des Jeppeson Ron Lamont, Vic Coombes, Norman Gibson and Mrs. Irene Donaldson were soon on a money raising programme to make the building possible. Work began on 11th March, 1954, and it was only eight months later, 1st November 1954, that the dedication service took place. The Church cost 6,000 Pounds.  Rev John Hamer Howorth designed the Church.