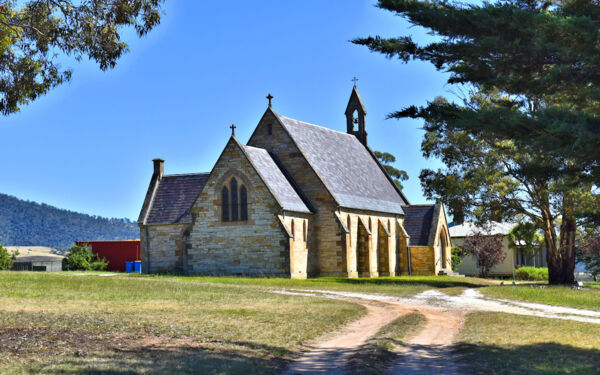 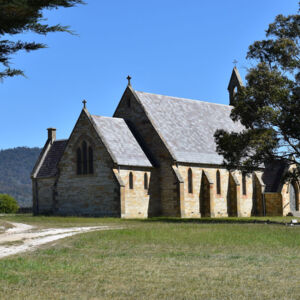 On March 7th, 1867, Archdeacon Reibey of Entally laid the foundation stone of this beautiful little Church. The building was expected to cost £1,300, and there were eleven acres of land attached to it as a reserve, as well as five acres for a cemetery.

The clergyman of the parish was the Revd. John Chambers of Cullenswood, who used to conduct services in the old chapel, assisted at times by the Revd. W. Richardson who was stationed at Avoca. They were both now helping Archdeacon Reibey with the dedication.

Both Mr. Richardson and Mr. Chambers conducted services at Fingal until 1871, when Mr. Richardson had to resign through ill-health. A year later the Revd. M. Geiss came as Rector. He carried out some necessary improvements and restored some faulty work in the building during 1883, with money raised by subscriptions.

The Architect was Henry Hunter.

The Church is now in private hands.