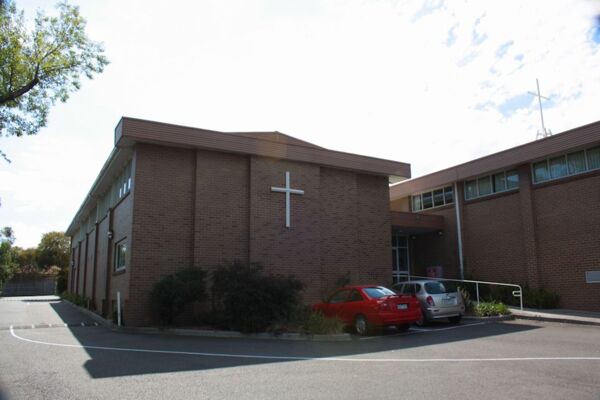 In 1955 a request for services to be held at Forest Hill were instigated and the Sunday School began on 6th November. On the 11th of March 1956 the first church service was held and named St Mark the Evangelist. By September 1957 a building plan was approved by the Diocese.

In 1961 the Rev. Stephen Cherry, assistant curate in St Luke's Parish, was welcomed at St Mark's and in the following year purchase of the house at 321 Canterbury Road as a vicarage was finalized.

On 18th December 1962 Inauguration of the Parish of St Mark's and the induction of Vicar, the Rev. John Williams, 1967 saw the Induction of the Rev. Robert Collie as Vicar on the 23rd of February.

In September (1958), a group of parishioners of the neighbouring Parish of Blackburn purchased three blocks of land in Orchard Grove with the intention of establishing a new Church. This has since become the separate Parish of St Edward's.

Nevertheless, St Mark's continued its own growth, and in the same month, tenders for the kindergarten hall were called. In October a contract was entered into with H. S. Services of East Ringwood, "for a cream brick hall measuring 54 ft by 36 ft". Work was to be completed by 30th April 1959, but plans were made at once for the foundation stone to be laid by the Archbishop in November. The Vicar praised the Building Committee "for its successful work"... Messrs Jim Aumann, Charles Barnett, Chris Broadbear and Ted Hall.