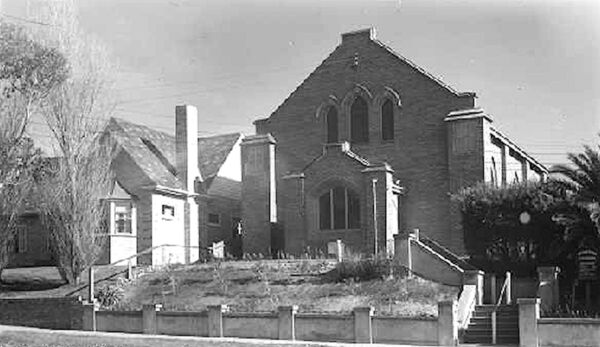 A former Presbyterian Church it was re located to High Street Frankston and later became an Uniting Church. The Frankston Standard Newspaper of June 1947 reported that a building fund had been set up for a new Manse. It was to be located at 4 Nolan Street Frankston.

The Rev Louis Humphery MA was instrumental in obtaining the funds for the land for the new Church in High Street.

Around 2017 the church was sold to a private developer and apartments were to be built on the site. In 2019 the church had been demolished.

This list may not contain every serving cleric, past or present, for this church.

Photo courtesy of the State Library of Victoria.