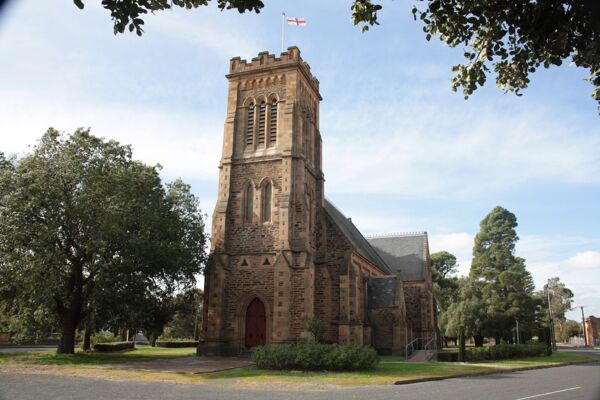 The Church was built where Colonel Light had planned. The first part of the church (the nave) was built in 1858-64. In 1885 the transept and chancel were added and the tower was finally erected in 1908, with the bells being installed in 1921.

One of the largest parish churches in South Australia constructed of roughly coursed bluestone with sandstone dressings to strings, quoins surrounds and openings. Detailing and craftsmanship of high quality. Buttressed tower of three stages, uppermost, a belfry with triple openings and Gothic arcading above is topped by crenellate parapet. Feature of interior design and execution of trusses variety of hammer-beam design.

The Church's first organ was a barrel organ built in 1853 by J.W. Walker of London. The second organ is now in a private residence in Canberra. The current organ was built in 1888 by W.G. Vowles of Bristol for St Matthias', Broadweir, Bristol. It was subsequently moved to St Jude's, Bristol, overhauled by Rushworth & Draper 1970 and imported and installed in 1986.