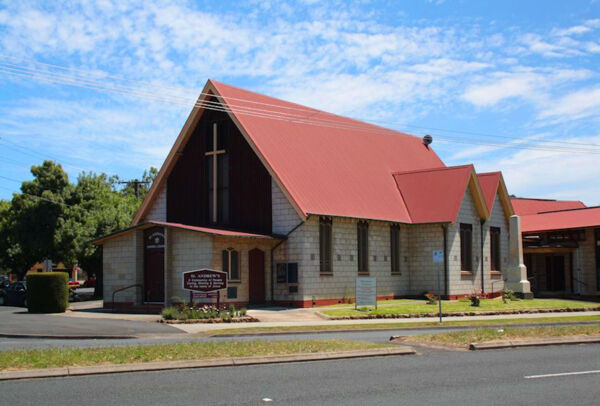 On 24 August 1839, a public meeting of the subscribers to a proposed Presbyterian church and minister’s dwelling in Geelong was held to formalise the constitution of a church and prepare a call for a minister.

A site for the buildings ‘on the crest of the Yarra Street hill’ was approved by the Governor-in-Council and, with plans and tenders already in hand.

The foundation stone was laid by Dr. Thomson on 22 March 1941.  The site in Yarra Street was between McKillop Street and Little Myers Street, with the church facing Yarra Street, the manse (1840) in McKillop Street (now the site of the Miller Homes), a school (opened 1850) on the corner of Little Myers Street and the Sabbath School next to the church on the site now occupied by the ambulance station.

The church was simple Georgian in style, rectangular in plan with a small entry porch and made of locally manufactured bricks.