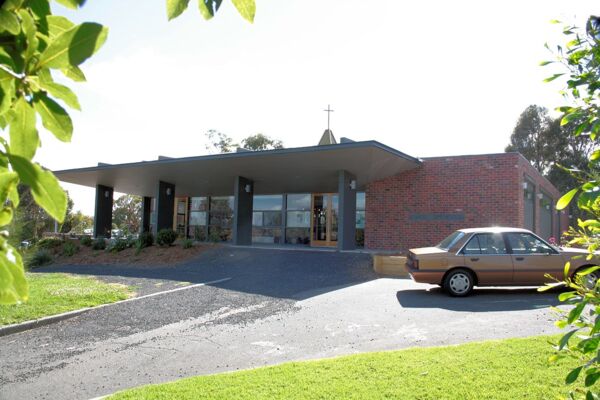 The land on which the church resides was originally owned by Mrs Edith Santon. She did not want it sold and subdivided. The first services were held in the Santon homestead in 1952. The house was later to be used as the Presbytery until about 1970.

By 1954 work commenced on five school buildings and completed and opened in 1955 by Reverend D Mannia. The builder was W.D. Henderson.

Construction of the church commenced in 1971 from a design by Architect Max Chester. The Builder was H.F. Yunken of Richmond. The cost was 16,000.

The church was blessed on 27 October 1971 by the Most Reverend James Robert Knox. A new extension to the front of the church was completed in 2011.