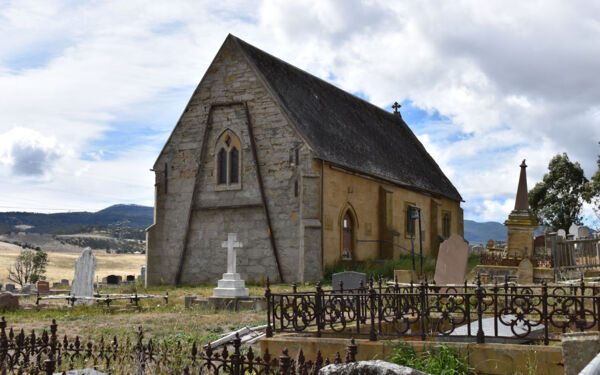 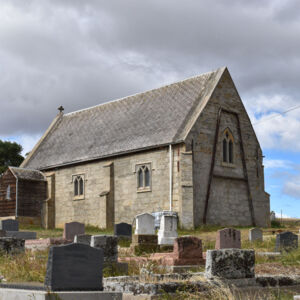 Gretna was called Stoney Hut Plains and later The Woolpack after the Inn.

The Church was consecrated by Bishop Nixon on June 1st 1848 and the Minister and Chaplain of Macquarie Plains at the time was the Rev. William Tancred. Other clergy at the consecration were the Archdeacon Marriott and Rev. G. Wright, of Hamilton. At the service the late Mr. Edward Terry who was in thos days the owner of Askrigg Estate was presented with the deed of the land on which the Church stands. Although there is no record of the place used for Church services prior to the building of the Church, believed that people gathered for worship at "Askrigg".

1. New Norfolks History and Achievments, series 3. Joe Corban and Rita Cox.
2. The Anglican Church in Tasmania, A Diocesan history to mark the Sesquicentenary 1992 by Geoffrey Stephens.