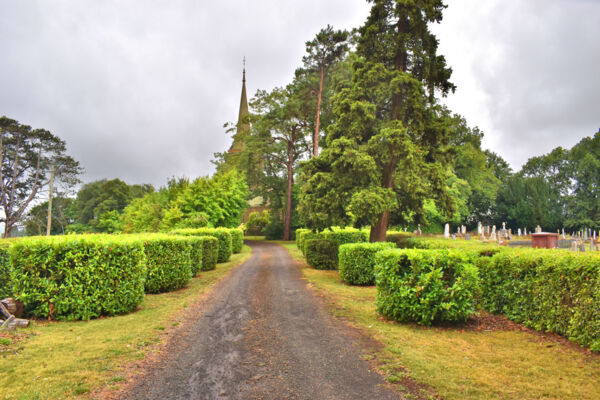 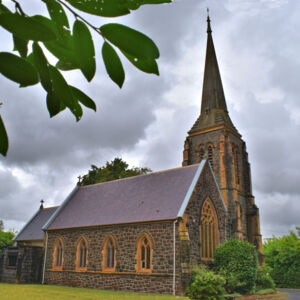 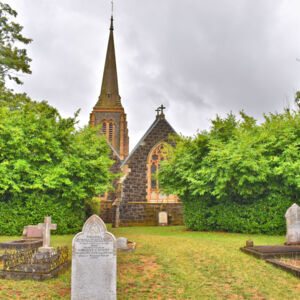 St Mary's Anglican Church is a bluestone Gothic Revival building that opened for services in 1862. The lands and a significant part of the church's funds were donated by Sir Richard Dry and later by his wife in her will..

Anglican services were first held in Hagley in a small brick church in the village which was the combined gift of Mr (late Sire Richard Dry) and the Lyttleton family, of Hagley House. This church, opened in 1848 was the first building in Hagley. While in England on a health trip form 1858 to 1860 Mr Dry commissioned Mr R C Carpenter a famous London Architect to prepare plans for a new church. The architect was Henry Hunter, working on plans drawn by Mr H. C. Carpenter, of London.

In 1932 the original plan for the church was finally completed with the tower, spire and vestry being built and consecrated.

Archdeacon A R Beresford was absent for a number of years during his tenure and several Reverends filled his position while he was away.