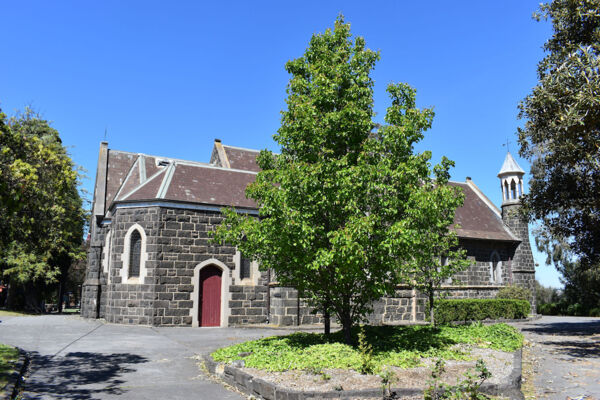 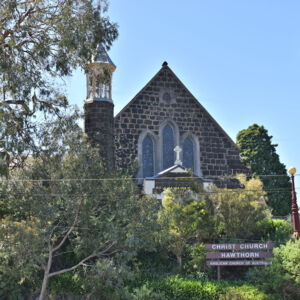 A bluestone Gothic church erected in 1853-4 to the design of Charles Vickers, this is one of the earliest surviving substantial suburban churches in Melbourne. Further additions were made in 1873 (chancel and temporary organ chamber) and in 1886 (extension of nave and addition of north transept).