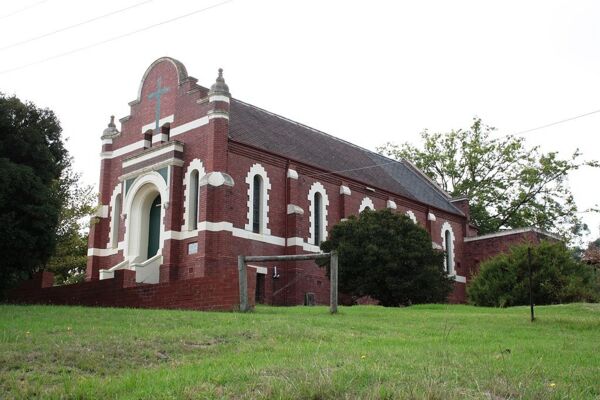 November 1899 saw the first new parish mission established in Healesville by Reverend Patrick Gleeson who had arrived in Melbourne from Ireland on September 9. He had already served at West Melbourne, Mansfield, Castlemaine and St Kilda East before arriving in Healesville.

At the turn of the 20th century St Bridget's Hall on the corner of High and Symons Streets was used as the first church. This was later moved to Grandview Crescent.

The Foundation stone was laid by the Most Reverend T. J. Carr D.D. Archbishop of Melbourne on 17 December 1910. Mr H. C. Hansen was the builder and the total cost was 900.00. The Church consists of 4 bays with a temporary rear wall.

The Notre Dame de Sion nuns were introduced to Healesville around 1910. They were replaced by the Mercy Sisters of Lilydale who by 1913 had questioned the need for two establishments so close together.*