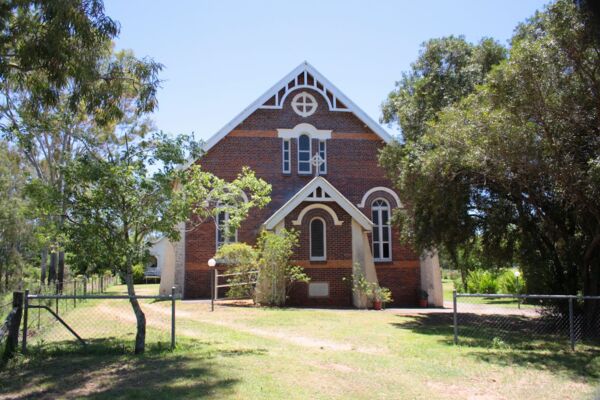 The local Hotel owner Mr Daniel Lynch donated the land where the church is located. Initially known as St Andrews St Josephs was opened in December 1866. In mid 1874 the Sisters of St Joseph came to Helidon and a convent was established in 1884.

A cyclonic hail storm hit Helidon in 1914 completely demolishing the Church and causing a new school and convent to be built. The Church was opened on 1 August 1915 and the Convent in May 1916.