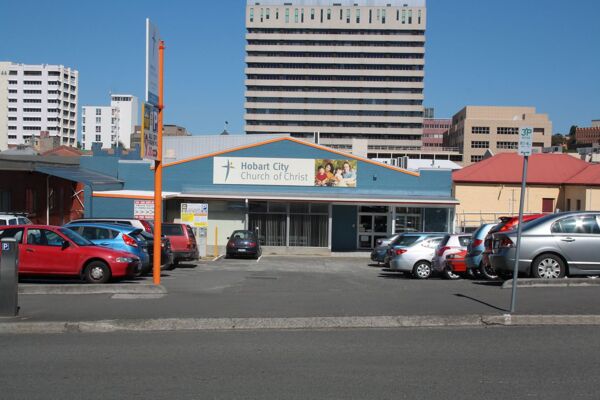 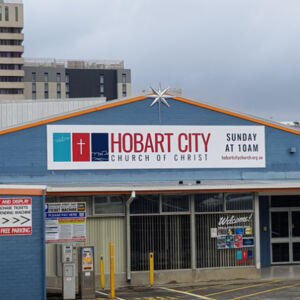 First service was held on January 10th 1872, arranged by Brother Oliver A. Carr, and originally met in the Harrington Street Baptist Chapel.

In 1866, they moved to their purpose built home in the ‘Christians Chapel’ in Collins Street, Hobart – where they worshipped and served the growing central business district of Hobart for more than a century, known to all as the Collins Street Church of Christ.

When the Tasman Bridge came down in the mid-1970s, the faithful Collins Street, empowered those on the Eastern Shore of Hobart to plant a new ministry, and thus the Howrah Church of Christ was birthed. In 1990, the community purchased, renovated, and moved into new premises stretching from Goulburn Street to Liverpool Street – about 400 metres from the original chapel.

Renamed, the Hobart City Church of Christ, the new building has a 300-seat worship space on the main floor which opens onto Goulburn Street, and has its administration centres, children’s spaces, and breakout rooms on the ground floor, which opens onto Liverpool Street.

Planning is underway for the celebration of 150 years of God’s faithfulness in Hobart.

1. Gleaned from “History of The Church of Christ, Collins Street, Hobart 1872-1991” by Cecil Neville