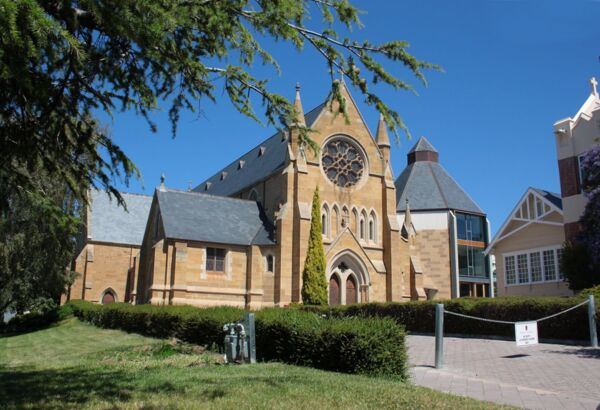 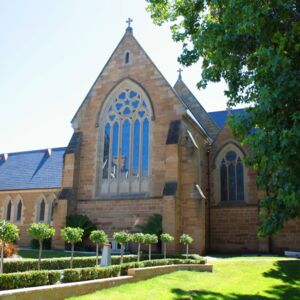 St Mary’s Cathedral was the vision of the first Bishop of Hobart Town, Robert William Willson. Bishop Willson chose the design and spent years raising the funds. Designed by William Wardell, one of Australia’s greatest nineteenth-century architects, it was completed except for its steeple between 1876 and 1898 to a modified design by Henry Hunter.

The English Norman period baptism font is one of many gifts to Bishop Willson from his close friend, architect Augustus Pugin, the father of English Gothic Revival architecture

The exquisite Hardman Studio window, newly restored, floods the building with its beauty and light.  One of the most important nineteenth century windows in Australia, it was designed by the leading English stained glass maker of the period, John Hardman and Co, Birmingham.

September 11, 1960 was an historic occasion at St. Mary's, the first direct telecast of a Mass from a Catholic Church in the State. Father B. C. Rogers sang a Missa Cantata and the Archbishop preached. Two weeks were spent in technical preparation. On December 15, an altar servers' festival, organised by Father R. Donohoe, brought 400 Hobart participants and 250 from other parts of Tasmania to a dialogue Mass at the Cathedral.

For a complete histroy visit the Cathedral website here.

The pipe organ was built in 1893 by Fincham & Hobday. It was first erected in the Hobart Exhibition Building in December 1893 and was widely used for concerts before being installed in its present position in St Mary’s Cathedral in June 1895.