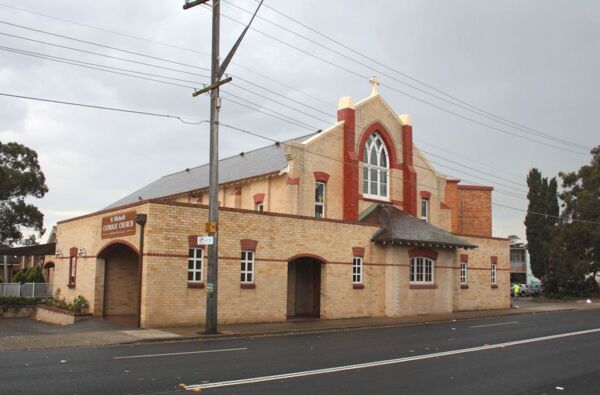 On 18 December, 1850, Michael Gannon purchased 1905 acres from the estate of Captain John Townson whose grant of crown land took in the whole of the present suburbs of Hurstville and Carlton reaching almost to Kogarah Bay.

Michael Gannon then transferred ownership of two acres to the Most Reverend John Bede Polding on 24 November, 1855 as a site for a Catholic church.

Thirty years later a meeting of Catholics under the chairmanship of Rev. Placid Quirk, pastor of the mission, decided to take steps to build on this land a temporary church with the title of St Michael'.

The foundation stones of the church, which also served as a school house, and of the convent for the Sisters of Charity who were to teach there, were laid on 2 May 1885 by Archbishop Moran. In October the following year he blessed and opened them.

The coming of the railway to Hurstville increased the population, and soon a larger church was needed. This building, which accommodates up to 400 people, was opened on 16 May, 1909 and is still the parish church. The Presbytery was built in 1914.

The latest shape you see now after the alterations and additions to the old building was blessed on 18th June of the jubilee year 2,000.