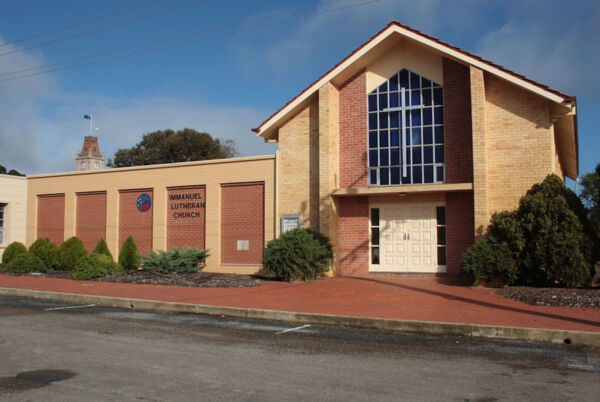 The first service was held in the home of Mr F Fiedler and conducted by Pastor J Sabel in 1933. Later that year a congregation was formed. Services were moved to the Protestant Hall in 1945. This hall was later purchased renovated and dedicated on 23 September 1956.

This building was not sufficient and it was decided in 1959 a proposal was made to call tenders for a new church building. The architect was Mr N Drogemuller. The tender of Tretter and Friedrich of Adelaide was accepted in 1961 and the cost was to be 10,885.00. A total of 36,000 bricks wer used in its construction.

An Electronic organ was installed in 1975.