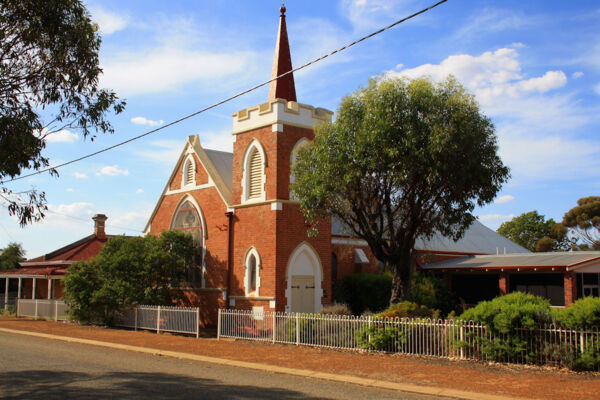 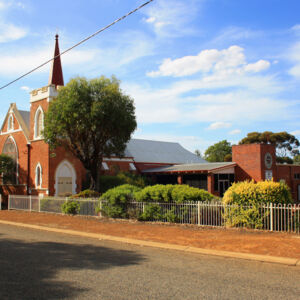 The Foundation stone was laid on 19 October 1906. The Architect was FW Burwell and the builder was A Thomson.

A brick and corrugated iron building of Federation Gothic design. It has a prominent zinc clad spire protruding from a battlement campanile. Mr F W Burwell of Fremantle prepared plans for the church. The contract price was £567 10s, and added to the cost of the land the whole project cost nearly £700. The bricks were all made locally.

The former Presbyterian Church also represents the former Methodist congregation, which was established in Katanning at the same time.

The Rev. George Brewster of Albany gave the first Presbyterian service in 1900. In November 1900 Rev. A K Ross became the first Presbyterian minister to be posted in Katanning. The early days of the Presbyterian congregation were not without their problems. A scattered and constantly moving population, lack of suitable building in which to conduct services, and want of experience of Australia and Australians were only a few of the difficulties.