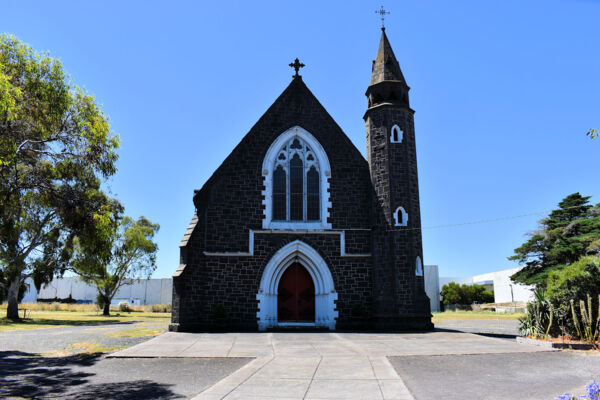 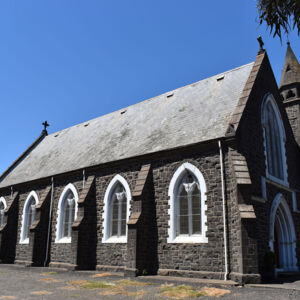 In 1854 Father Matthew Downing,  an Irish Augustinian priest of Eureka Stockade fame, was appointed as the first pastor to the newly formed Keilor Parish. He quickly set about building a school, later relocated to this site, a presbytery and a church.

The construction of St. Augustine's, built to the design of Charles Hansom's Church, Port Fairy, formerly known as Belfast, commenced in 1857 under architect, J. M. Barry, using local bluestone. Work was delayed at times due to a lack of funds and to a loss of workers to the goldfields. Eventually, at a cost of £3000, the church was opened by Bishop Goold on November 15, 1863. The style is Gothic Revival, featuring unusual five bay naves and an octagonal tower with a small spire. The bell, cast in Dublin was donated by grateful railway workers from the Keilor Road Station now Sydenham.

A plaque reads, " St Ausgustines church was renovated in 1986 with the bequest of Daniel Francis Birrell 1898 - 1970 and the generocity of the Parishioners in memory of the Pioneers of the Keilor Mission Established in 1874. Late have loved thee 0 Beauty so ancient and so new".