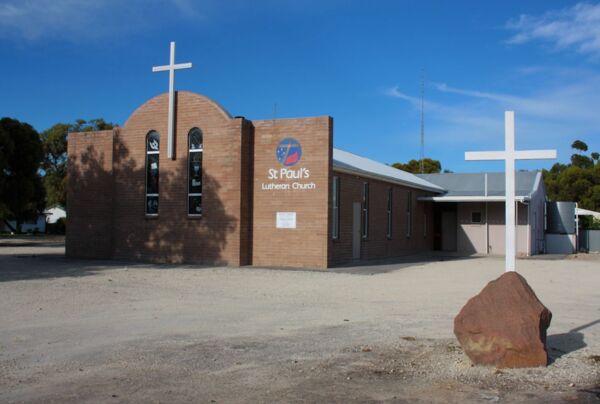 The first substantive service was held on 15 August 1948 in the home of Mr Vorkwerk and presided over by Pastor J.F. Hansen of Naracoorte. After a service in 1950 it was decided to establish a congregation with just 17 baptised members, and six communicants.

By 1954 two blocks of land had been offered by Mr Morton and Mr Hansen which were side by side for a church building. The building was to be 35 x 18 x 10. The Foundation stone was laid on 4 January 1959 and was dedicated on 20 December of the same year.

In 1993 it was decided to expand the church to cater for the congregation and work commenced in April of 1995.