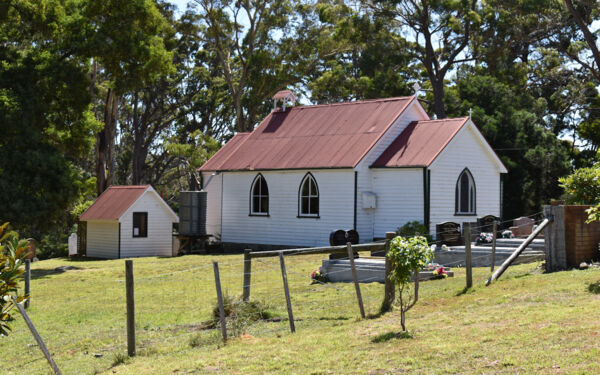 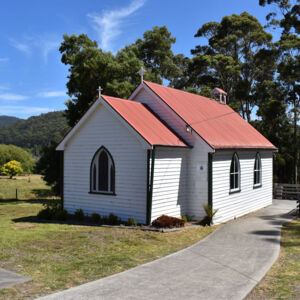 On July 23 1894 a public meeting was held and the initial steps were taken to erect an Anglican Church in Koonya. Mr J.R. McClymont kidley donated three acres of land for that purpose and for a cemetery. This was supplemented with a quantity of materials.

On March 6 1904 the Church was opened and dedicated to St Alban by the Right Rev J.E. Mercer D.D. Bishop of Tasmania and a portion of the grounds consecrated as a cemetery.

At a pulic meeting in October 1904 the movement for the erection of a Rectory materialized and a suitable building was subsequently built on a site adjoining St Alban's Church ground and part of two acres of land given by Mr and Mrs Edward Brown for the purpose.

In 1926 a stained glass window was erected in St Albans's Church and dedicated by the late Robert H. Richard Archdeacon of Hobart to the memory of the late Rev J.H. Willis who was accidentley killed by a motor car on the Port Arthur Road and who labours were mainly confined to the Tasmanian Peninsular.

1. From the Church notice board.