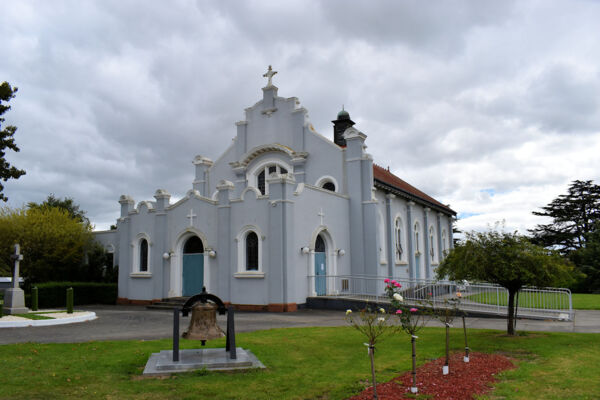 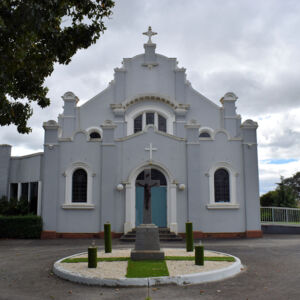 The Church was opened on 16th November 1913. The Foundation stone was laid by Bishop Patrick Phelan of the Sale Diocese on the 26th of April. Dr Mannix, Coadjutor Archbishop of Melbourne preached the occasional sermon at the Pontifical High Mass.

The original plans for the Catholic Church prepared by Melbourne architect, Charles I. Rice, were for a brick building in the Romanesque Style including a belfry with an estimated cost of £7,000. It was decided to proceed with only part of the original plan, omitting the belfry, sanctuary and part of the nave, and the modified building was constructed by F. and E. Deague of Fitzroy for the sum of £3,200. In 1938, the present cream cement render was added to the exterior.

The old church had been removed and renovated for use as a school at a cost of 381 pounds. Proceeds from concerts, sports meetings and donations amounted to £1,509 while the cost of the new building totalled £3,421. The amount owing upon the building, after paying off the original mortgage and incidental expenses amounted to £3,200.