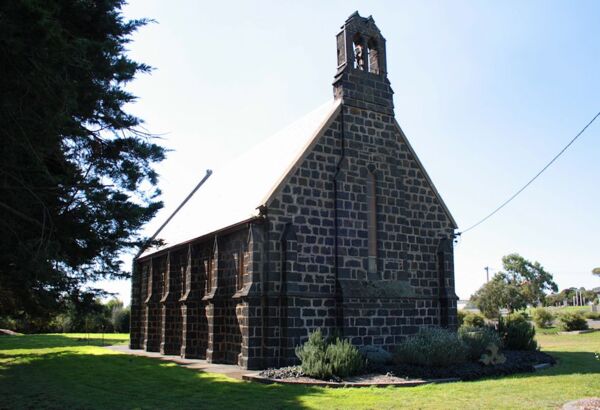 In 1853 the Rev. George Pollard was appointed to care for Anglicans for the whole of the Bellarine district, the initial church being the school at Pt. Henry.

This simple and original early English Gothic style church is an interesting parish church design and a notable work of Edward Prowse, a Geelong architect with an acknowledged reputation, having earlier designed the impressive mansion The Hermitage in Newtown.

St. Mark’s was designed by Edward Prowse and was consecrated by Dean Macartney in March 1863. The Foundation stone was laid in January of 1859 by Bishop Perry. Built of bluestone it was opened in 1862.

Between 1890 and 1898 the church was virtually closed except on rare occasions. In mid 1872 the church was closed for 5 weeks while extensive improvements, external and internal, were carried out (much the same problems that are faced today). Further improvements were made in 1882/83 by the architects Watt's and Jackson.

A small brick vestry and chancel in 1919. The stone porch was constructed to match the original church in 1931.