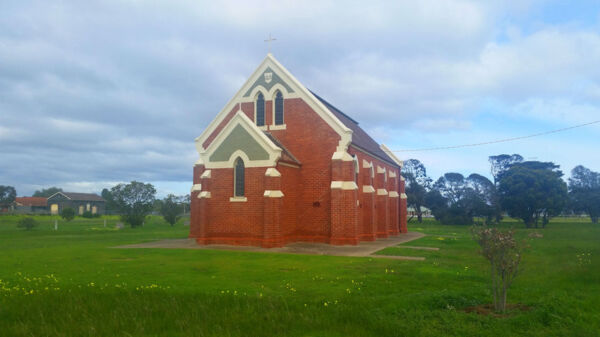 The Church Community was commenced in 1857, when Fr. Ranald Rankin was appointed resident priest by Melbourne's first Archbishop, James Goold.

In 1884 Ferguson & Urie erected a two light stained glass window over the altar. The donor of the window, Miss Ellen Bannon/Bannin died two years later in 1886 at the Prince Alfred Hospital aged 46, and she was buried at the St Kilda General Cemetery.

In 1906 Archbishop Thomas Carr created the parish of St. Andrews Werribee which incorporated St. Michael's Little River. The old bluestone church was demolished in 1921 and the present one was built. It was opened by Archbishop Daniel Mannix on the 2nd of April 1922 with 2,000 people attending.