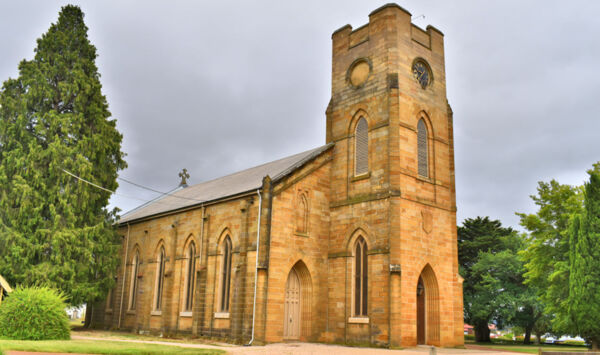 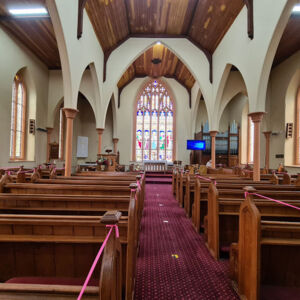 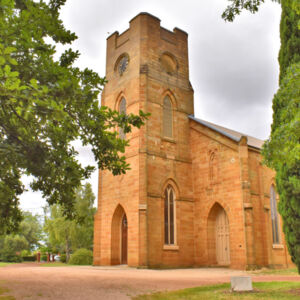 The first services were held in the open in 1826, then in a two roomed cottage for five people. The first small church was built in 1829 to 1832 and named St Augustine's. This brick church which had a tower was demolished in 1842.

The corner stone was laid by Lieutenant-Governor Sir John Franklin on March 16, 1839. The church was constructed out of Hadspen free stone.

By 1844, Christ Church had a nave, a squat and a temporary wooden tower, despite a single donation of 600 pounds intended only for the tower's completion. On October 6, 1844, the state's first bishop, Lord Bishop Nixon, opened the new church, but Christ Church remained incomplete for another 36 years, until parishioners donated to see the decrepit building restored.

Henry Conway, a Launceston architect, drafted the changes to Christ Church, and John Wright, of Longford, was employed for the building work. Christ Church reopened in December 1880, and was consecrated by Bishop Bromby in January 1882, once it had finally cleared its debt.

In 1960, construction on the stone tower began, with architect Louis Williams overseeing the operation.

The old tower had its foundations solidified before the stone work was heightened by 15 feet.