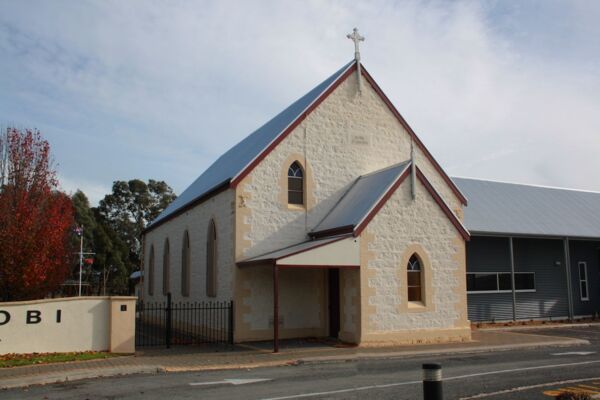 The Foundation stone was laid on 18 September 1913 by Pastor E Beorg.

This complex consists of two church buildings, the early one was constructed for the Baptists in 1859 and purchased by the Lutherans in 1867 when they moved from Hoffnungstahl.

This was used as a church and school until 1913 when the adjacent church was built. Except between 1917 and 1935 the school has continued. The earliest section of the building is constructed of rubble with roughly shaped stone voussoirs to heads of openings.