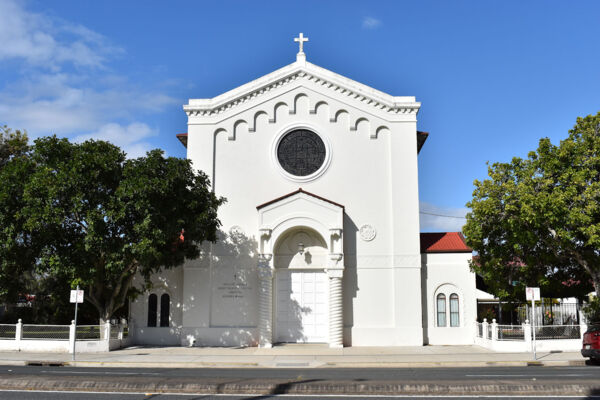 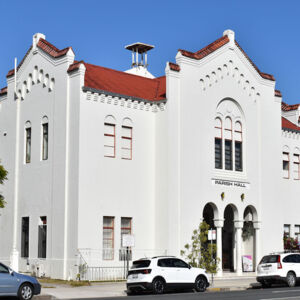 The first Church of England service in Mackay was conducted by Bishop Tufnell at the Mackay Court House in 1863. The first Trinity church was completed in 1871 of an English design with a steeply pitched roof covered with wood shingles. It was built of stone but collapsed in 1878 possibly because of a defect in the foundations.

The second Holy Trinity Church was designed by the Queensland Colonial Architect, F D G Stanley, who supplied the plans free of charge. The building was constructed of wood, and was of a Gothic design with a steeply pitched roof covered with shingles, sited on the southern side of the grounds and capable of holding a congregation of 500. This Church was fitted with a pipe organ, an altar of carved English oak, and carved oak rails in memory of prominent people with strong associations with Holy Trinity Parish.

The Church was constructed as the third church on the site and the first masonry church. The building was completed in 1926 by A Stonage and Sons, although the design is thought to have been completed by 1923 by Brisbane architect Lange Powell.